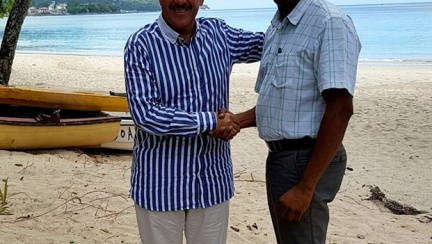 Together they had a cordial discussion about the future of the Foundation. Mr. Behar and Mr. Onezime also exchanged opinions about the projects and their presentation to the world. Behar is a founding member and part of the executive Committee of the Foundation of the former Seychelles President James Michel since its establishment in 2017.