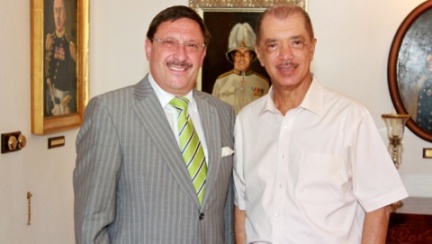 Honorary Consul of Seychelles in Bulgaria, donates to the New Project on the Islands

Seychelles will now have a new voice in the world's media with the development of an online communication project this year. As 2014 kicks off under the slogan International Year of Small Island Developing States: Seychelles - A Determined Island Nation, the Department of Information is working on a project to develop the first Seychelles online news service called the 'Seychelles News Agency'. The project was initiated by the Honorary Consul of Seychelles in Bulgaria, Maxim Behar, who is the founder and CEO of M3 Communications Group, Inc., PR and Social Media company in Bulgaria. He presented the idea to President of the Seychelles, James Michel during his visit to the Seychelles in November 2013, and offered to make the development of the concept and software as a donation to the Seychelles. The Seychelles News Agency Co-Editors and M3 Communications Group developed the project, which was launched in April 2014.