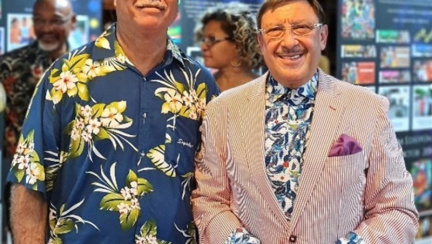 Maxim Behar, Honorary Consul General of the Seychelles, met with David André, Mayor of the Capital Victoria at the opening night of the Kreol Festival. The cultural event displayed the traditions of the Seychelles but with a modern approach.

The Honorary Consul General and the Mayor talked about the future relations not only between the countries in general, but also business projects between Victoria and Sofia. In the spirit of this event, the PR expert Behar shared his opinion on how to promote the Seychellois culture in Bulgaria and thus popularizing the Seychelles as a tourism destination.