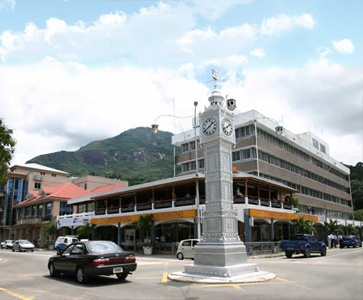 The Arabs, Phoenicians, Indonesians, Portuguese, English and French all played a part in creating this unique island nation which today is enjoyed by fortunate travelers from all over the world.

Very likely these islands were first spotted by Arab traders as much as 1000 years ago. Their location would make them an ideal provisioning stop for early seafaring peoples like the Arabs, Phoenicians and Indonesians. Almost 500 years ago Vasco de Gama, the Portuguese explorer/navigator, is credited with the official discovery. Part of the island, group, the Amirantes (islands of the Admiral) is named in his honor. A Portuguese map of 1544 shows the islands as the Seven Sisters; Petite Soeur and Grande Soeur retain these names today.

In 1742 the French took possession of Seychelles, and they landed on St. Anne Island to start permanent settlement in 1770. They ruled Seychelles for 40 years.During the Napoleonic War period Seychelles were regarded as a strategic acquisition as the British fought to contain French expansion. The French were forced to give up the islands, yet without a permanently stationed British force, control changed seven times in 13 years. The 1814 Treaty of Paris confirmed British rule.

Throughout the 19th century the population increased as Seychelles first produced high quality cotton, then harvested whales from local waters and finally began the large coconut plantations which became the economy's mainstay. Plantation labor was drawn from former slaves freed in 1835 when the institution was abolished. By the end of the century export of guano improved the island economy and in 1903 Seychelles became a separate Crown Colony.

After the two World Wars Seychelles saw rapid change as modern conveniences and communications were introduced. At the 1971 opening of its airport, the landing of the BOAC VC-10 was witnessed by virtually the entire population. Improved accessibility brought tourism. On June 29, 1976 Seychelles became an independent republic and gradually evolved a multi-party democracy. Under government stability tourism flourished and the economy boomed.

Today Seychelles is sound, safe and very scenic...46% of its total area has been designated as Nature Reserve or Parks to preserve the reason tourists visit - its incredible natural beauty.